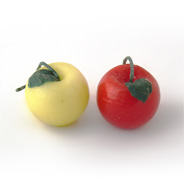 When using or researching CSS pseudo-elements, you may have come across different syntax for the :before and :after pseudo-elements, specifically in the form of a preceding double colon, instead of the traditional single colon. This seems a little confusing at first, but there’s actually a pretty simple explanation.

I had assumed that there would be some difference in the way each functioned, but that’s not the case, as the short and long answers below make clear.

Putting aside browser support, there’s no difference between :before and ::before, or between :after and ::after.

Too Little Too Late?

While I certainly welcome beneficial improvements made to the spec, it almost seems like this change is happening too late. There are literally hundreds of millions of web pages out in the wild with stylesheets that could be using the single-colon syntax for pseudo-elements.

As the above quote points out, all modern user agents must support the old syntax, basically for all eternity. For example, if at some point Firefox gets as high as version 7, they still have to support the single-colon syntax in order to avoid “breaking the web”.

So what’s the point of even doing it? It seems like a case of too little too late. Yes, modern websites will have the newer syntax, but only if the developers are keeping up with these changes — which is going to be the case for only a small percentage of developers.

I guess, if anything, it serves to help differentiate the two kinds of selectors for easier maintenance of stylesheets.