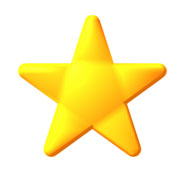 If you’re like me, then you probably find that your “home” Twitter stream (that is, the tweets of people you follow) is okay, but often contains a lot of noise and not-so-useful info.

What if you were able to see only the tweets that respected web professionals found to be exceptional? Well, you can do that quite easily by viewing a user’s Twitter favorites.

For example, here are a few developers on Twitter that will likely have tons of cool stuff saved in their Twitter favorites:

So that’s just an example list. I’m sure others could come up with a similar bunch of names whose Twitter favorites might be worth a peek.

Here’s a solution that, unfortunately, will only work until March 2013.

That example uses my Twitter favorites. To change the stream, just change the last part of the URL to match the user whose favorites you want to subscribe to.

But, as mentioned, according to Twitter’s API docs, that API call is now deprecated and those RSS feed links will fail in March 2013.

Kind of a bummer, especially since there doesn’t seem to be an updated method for subscribing to someone’s favorites via RSS. If anyone knows of a simple way to do this, please share.

Is there an app I don’t know about that does this? Or maybe this post can serve as a motivator for someone to build such a tool. Here’s the relevant part of Twitter’s API that you’d need to look into, if you’re interested in this.