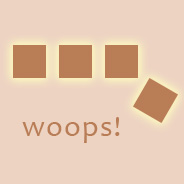 There are a number of old methods to center multiple divs, but this is now much easier to do using modern CSS techniques. I’ll cover the older methods in subsequent sections, but the easiest way to do this is shown first.

Flexbox is now one of the standards for dealing with layout techniques. The easiest way to center multiple divs is by putting them inside a flex container, then using a few flexbox features. Suppose we have the following HTML:

The following CSS will center the elements inside the container:

This centers the items with remaining space delegated to the left and right. If you want an equal amount of space between the items, you can do the following:

If you also want the same amount of space on the left and right, you can do this:

Of course, flexbox has so many more capabilities so if you want a full guide to using all the features of flexbox, I wrote a full flexbox tutorial that you’ll want to check out.

Below is an interactive demo that shows what the different values for justify-content do, so you can determine which one is best for your use case.

See the Pen
Aligning Elements Along the Main Axis: justify-content by Louis Lazaris (@impressivewebs)
on CodePen.

If you want to learn how to center multiple divs using older methods, you can read the rest of this article which is basically the same older content that has appeared in this post for years.

Normally, in such a situation, you would just float the boxes, then add left and right margins to space them out accordingly. But that can get a little messy, because IE6 doesn’t like margins on floats, and you always have to have a different id or class for elements on which you don’t want margins (like the last and/or the first).

You can get around the IE6 problem by adding display: inline in an IE6-only declaration, but your code will still be somewhat messy because of the extra code to get the first and/or last item to behave. Also, the last box could fall to the next line in IE.

There’s another solution to this that might work better in certain circumstances.

Use inline-block and control white space

To achieve the same effect as adding floats and margins, you can simply “recast” your block-level elements as inline blocks, and then manipulate the white space between them. Here is how the CSS might look:

In my example above, I’m assuming there are four child boxes, each with the class child, and each 100 pixels by 100 pixels. The boxes are naturally block-level elements, but the CSS changes them to inline-block, which allows them to flow naturally with text and white space. Of course, since we don’t have any text in the parent container, controlling the text and white space will not be a problem.

The parent element (with the id parent in this example) has four key text properties set, and the children have two:

What would a CSS solution be without an Internet Explorer issue to work around? While this method works exactly the same in every browser (including IE8), IE6 and IE7 don’t cooperate, because they don’t fully support inline-block. To get those browsers to show virtually the same result, you need to add the following CSS:

The CSS above must apply only to IE6 and IE7, and it has to appear after the other CSS. In my code (and in the code example above) I’ve accomplished this by using the star hack. The asterisk (or star) at the beginning of each line hides both lines from every browser except IE6 and IE7. The margins added here help us get the same visual result, and the new display property is taking advantage of a bug in those browsers that makes a block element work like its inline when you declare display: inline-block followed by display: inline.

Not many drawbacks to using this technique to center multiple divs. You just have to make sure the white space and text settings that you apply are reset on any child elements inside the boxes. So, while this may work when you have straight images or other non-text content, it may be more trouble than it’s worth if your boxes are fully loaded with diverse content.

But nonetheless a good technique to know when you have to center some block elements with equal spacing, and you don’t want to apply extra classes on the end units. And this technique will be even more important when the older versions of IE disappear from general use. But I’m not holding my breath.