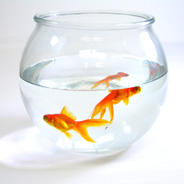 This is a quick tip to demonstrate a way to work around the problem of child elements in your HTML inheriting the “alpha” settings of their parent. This tip is not necessarily recommended, because it creates extra markup and is a little bit messy. But I’m sure it could come in handy in a rare case, depending on the layout of the elements involved, the content, the type of site, etc.

First, here is the CSS code necessary to make an HTML element semi-transparent:

This works in all browers, and the last line ensures that the background image of the bicycle is shown “washed out” or with 30% opacity (or 70% transparency, if you’re a pessimist!).

The Problem With CSS Opacity

The problem occurs when we add child elements to the html element that this code affects. All child elements will inherit the same opacity settings, even if you try to specify full opacity for all those elements (which would be too troublesome to do anyhow).

How can we work around this problem? In some instances, you could visually mimic a parent-child relationship between the elements using absolute positioning, and this will resolve the problem.

You’ll notice at the demo link above that the same set of visual elements is duplicated. The one on the left has the typical parent-child inheritance issue, so the blue background is shown washed out, at 30% opacity. But the example on the right looks exactly the way we want it to look — the opacity is set only on the element that has the bicycle background image.

You could add more elements to the section on the right, and none of them will inherit the transparency, because, technically, they are not children of the bicycle <div>. They are actually siblings of the bicycle <div>, but they are positioned absolutely so that visually they appear to be children.

Here is the section of code that styles the second example:

The key is the fact that the bicycle element does not actually have any children, so it doesn’t affect anything else on the page. But, as with virtually any hack or workaround, there are drawbacks.

This method does qualify as a workaround that could be considered if you ever want to remove inherited opacity settings on child elements. But its drawbacks are probably convincing enough to prevent its use in most cases, so it’s important to mention them here.