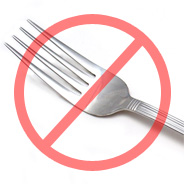 One of the primary challenges that arises when dealing with CSS3 properties is the maintenance of the different proprietary prefixes. At least one solution has been offered to help prevent the so-called “forking” that results.

I think there is another way to help maintain the various repetitive CSS3 properties. What I’m proposing here will prevent you from having to organize your proprietary properties and will solve the problem of having to repeat the same values over and over again.

Some of the maintenance issues that arise can be avoided if you use PHP to generate your CSS, and use PHP’s capabilities to abstract multiple lines of CSS3 into a single line.

Using PHP to generate your CSS is nothing new, and it’s been discussed before.

In a nutshell, here is the required code to get this to work. In your HTML you would have something like this (your usual run-of-the-mill CSS file reference):

The only thing different in this code from a normal CSS reference is that instead of referencing a file with the extension “.css”, you’re calling a PHP file. Now you just have to put the following at the top of your PHP file:

This tells the PHP file to deliver itself to the client as CSS. The obvious benefit here is that instead of a static CSS file, you have a PHP-generated CSS file that allows you to take advantage of PHP’s functionality (and of course, the same would apply if you’re using a different back-end language).

The Function to Generate the CSS3

I’ve written a simple function to build a section of CSS3 code that contains all the basic CSS3 proprietary prefixes. All that’s needed is to call the function wherever you want the CSS3 to be inserted. Just give it two arguments: (1) the standard property name, and (2) the full value (including any units).

That function would, of course, be placed at the top of your PHP/CSS file (or else included externally), and your CSS would later contain something like this:

The first three lines (width, height, padding) are just examples, and could be anything. The key line is obviously the last one, which calls the css3_props function.

The css3_props function builds a string in a variable called $css3. The string includes correct indenting, spacing, and line breaks to make the CSS look normal when it’s viewed after it’s generated. In that string, all the proprietary prefixes are included. Whatever arguments are passed in will determine which CSS3 property set is built. The last line echoes the full value of the string, so you don’t have to do that for each function call.

Benefits to This Method

I was going to include a demo, but it’s pretty useless since you can’t see the PHP anyhow. You can easily take the code I’ve shown above and just create your own example.

Also, keep in mind that I’m not a PHP expert, so if there’s anything I’ve missed or drawbacks I haven’t mentioned, please comment below, and I’ll update the article.

I’m sure someone could build an all-encompassing PHP function that would include some of the other more complex CSS3 techniques. If you know of someone who’s written this type of code before, or if you want to improve on this one, let me know in the comments and I’ll include a link to it here.