We should be past this type of behaviour already. This industry should be about sharing, learning, and growing in knowledge. But too often we do things that allow these areas to be stifled. And it turns people away, causing newcomers to become discouraged and not want to voice their opinions and questions for fear that they’ll be labelled “stupid”.

Of course, we’re all going to slip up in this regard to some degree. I’ve answered people’s questions on this blog in ways that some people thought were rude and condescending. It wasn’t my intent to do that, so I’ve tried to do my best to apologize and keep the conversation going.

When Smashing Magazine added up/down voting for individual comments on their site, I expressed my displeasure over that decision. When they asked me why, I explained:

@smashingmag In theory, the vote up/down is perfect. But in practice, it is anything but, because it’s just another outlet for abuse.

Proof of this “abuse” was demonstrated in a recent Smashing Magazine article where a harmless question was down-voted more than 30 times. Here’s a screen grab of the comment along with the down votes:

A couple of days before I took that screen shot, the number of downvotes were even higher, at around 35 or so. As you can see from the green “up” thumb, I up-voted the comment.

Are We Scaring Away Newcomers?

If we abuse simple questions in this way, then we’re basically closing the door to allowing new designers and developers to interact with those of us who are more experienced in this field. The good thing is, a few Smashing Magazine readers took exception to the way that comment was down-voted and pointed out how stupid it is to down-vote a simple question.

Maybe the person who posted that question is actually an experienced developer and he’s just always done things a certain way, and was curious as to why the author of the article chose a different method. I don’t think there’s anything wrong with that. But if the commenter is a newcomer to the field of web design, then it’s worse.

Now this person could be too embarrassed to ever post another comment again for fear of being down-voted into the Hall of Stupidity by a bunch of YouTube-trained egomaniacs. And who knows how many other newcomers will now be too scared to post a comment (especially not with their real name) on Smashing Magazine posts. I think that would be a sad outcome that could easily be resolved by never allowing individual comments to be voted on in a niche industry like ours.

But that doesn’t mean that you can’t reward commenters. As shown below, on CSS-Tricks, Chris Coyier gives a star to good comments — just like we got in Kindergarten when we drawed goodly pictures! :) 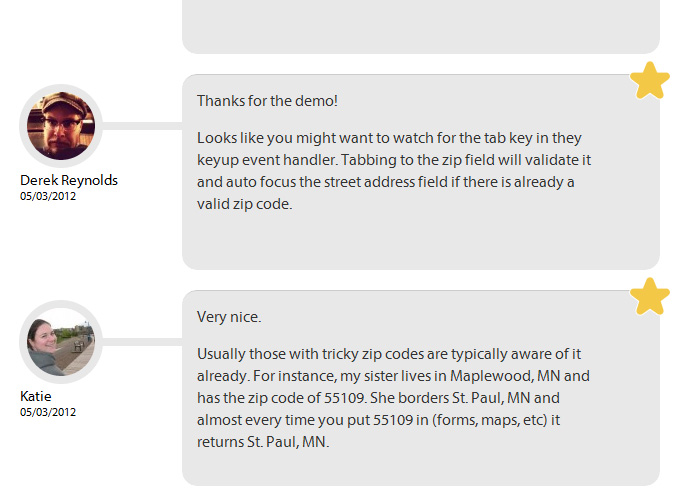 Thus I propose that blogs should do one of two things: