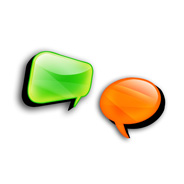 I had to qualify that title, because by far the easiest way to get hundreds of comments on any blog post is to give something away to a randomly chosen commenter. But as bloggers we’re always in search of ways to create a little bit of buzz to increase page views and overall reader participation through re-tweets or comments.

As a web design writer, I do feel that it’s not only necessary to educate and get people thinking, but I feel I have an obligation to entertain my readers in the process of said education. Sometimes, however, entertainment and education are not enough, and it’s necessary to cause a little bit of controversy to get readers thinking, commenting, and in some cases, downright angry.

In this post, I’ll briefly outline 4 ways that are almost guaranteed to elicit at least 100 comments, and get the community buzzing.

In my opinion this is the best and most peaceful way to get tons of comments and get people’s emotions running rampant. Everyone hates IE6, and they can all relate to the problems it causes for web developers. There are so many things you can discuss on IE6 — the CSS inconsistencies, the security issues, the slowness, the JavaScript problems. And each of those topics has another set of sub-topics that has made this topic probably the most consistently controversial one in the world of web design blogging.

Thankfully, IE6 is finally now on the way out, and most developers recognize that creating an identical experience in that browser is simply not a realistic goal for every web site or application.

Some evidence for the comment power of IE6 is shown by my article on Smashing Magazine that discussed CSS differences between the three versions of Internet Explorer. Naturally, since this article was only discussing the “differences”, IE6 would be the obvious victim due to its huge lack of support in so many areas of CSS. More than 200 comments resulted, most of which were targeted towards IE6 — despite the fact that the article focused on all three versions equally.

Take a Side in the Mac vs. PC Debate

You’ll notice in the previous section, when discussing IE6 as the best way to get tons of traffic and comments, I mentioned this as a “peaceful” way to do it. This next method is not so peaceful. The Mac/PC debate always creates long and heated discussions, with everybody wanting to chime in with their opinion. Take a look, for example, at this post published last year on Smashing Magazine, which instigated over 650 comments.

I think Jeffrey Way of Nettuts put it best when he said (to paraphrase him) that both kinds of machines have their pros and cons, and there’s no real reason to get overly-dogmatic about which one is best. But not everyone sees it that way, so if you want to get a few hundred comments on a blog post, just argue dogmatically in favor of one side of the PC vs. Mac debate, and then just sit back and watch the blood spill.

This is another way to get people angry, compelling them to post all sorts of anonymous, hate-filled comments. In December Smashing Magazine published one of my most controversial articles to date, which was a hard-hitting critique of websites in the beer and alcohol industry. Initially, I did not intend for the article to end up so critical. I came up with the idea because alcohol is a very large industry, and is pretty universal, so I thought it would make for a nice showcase. But I couldn’t pretend that the sites were nice looking and leave it at that. So, I ended up lambasting the majority of them for their superficialities, accessibility problems, and numerous usability nightmares. In almost all cases the problems inherent in those sites were due to the overuse of Flash. The results are shown in the more than 200 comments, many of which were from those defending Flash.

Further proof of the controversy caused by Flash discussions are a couple of recent posts by Jeffrey Zeldman. In one post he discussed Flash, the new Apple iPad and Standards, then after almost 200 comments, he had to post a follow-up article explaining why he wasn’t bashing Flash.

So, if you want another topic guaranteed to get the emotions of developers involved in the comments, talk about Flash — and have nothing good to say about it. Zeldman wasn’t even trying to criticize Flash, and it caused controversy.

Try to Define Designers or Developers

This is another topic that gets people buzzing. The fact is, nobody can really define what a designer is, or what responsibilities are required of such a position. The same is true for a developer. The fact that these types of positions cannot be truly be defined will cause people to want to express their own view on what a designer or developer is, naturally leading to all sorts of discussions.

Not to mention that this topic can easily branch off into new ones, like how to define a “front-end” developer and how it’s different from “back-end”, and if front-end skills should overlap with back-end — and the list goes on. 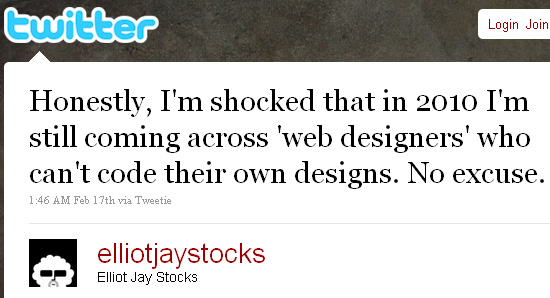 Just last month, Elliot Jay Stocks tweeted about the topic of designers who can’t code, leading to a full article that elicited over 300 comments, proving that a discussing about the definition of a designer or developer really does have a lot of potential for creating buzz.

Don’t Get Me Wrong

But please don’t take the advice in this post and run with it. If you’re going to write about any of these topics nowadays, you had better have something well-researched and practical in mind, otherwise people will see through your desire to cause controversy for the sake of controversy.

I’m always trying to think of new ways to get discussions going and to get people to rethink things. Sometimes this involves some controversial topics like the ones mentioned above. But in each case, I try to do my best to provide something of value to my readers while not compromising what I believe for the sake of pleasing everyone.

I think all bloggers can have similar goals, and if you’re looking to stir things up a bit, some of these topics might just do the trick.

So what do you think? Or there any topics you can think of that are guaranteed to create buzz, fire up the emotions, and lead to hundreds of reader comments?