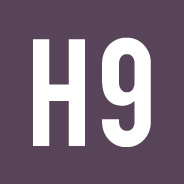 For a while now I’ve been wanting to set aside some time to do some sort of web development parody. I’ve done this sort of thing before and it’s fun to see people’s reactions.

I knew it had to be something centered around the ‘framework’ movement, mainly poking fun at the well-known HTML5 Boilerplate project. So on Tuesday night this week, I took the idea of HTML9 Responsive Boilerstrap JS from concept to creation. I finished it that night, including registering the domain, setting up the site, and gritclonemerging its own bogus repo.

It’s really not a hugely complex site — there’s not a single script on the page, just CSS. Some people found it interesting that someone would choose to spend ‘so much time’ on a nothing project like this. This is definitely not like me. I rarely have time for this kind of goofing off. But it was just 3 or 4 hours of work, plus a few adjustments afterwards.

I wasn’t even sure when I would officially make the site public. I was thinking of doing it next week some time. But it was pretty much done, and it was early in the day on Wednesday, so I decided to tweet it at around 11:30am Eastern time. I thought maybe a few hundred of my followers would pick it up, have a laugh, and maybe share it with a few people.

But the result was astounding. Within just a few hours, Google Analytics for the site was showing over 30,000 page views. To give you a comparison, Impressive Webs usually gets around 10,000 page views, on a good day — and that’s a full day. As I write this article (shortly before midnight on Wednesday evening), H9RBS.js has had over 70,000 page views.

Why Did It Spread So Fast?

I didn’t do anything to promote this. Just a single measly tweet to my modest 6,000 followers. No blog post, no submission to Hacker News or Reddit or anything else. Normally when I tweet a link, if 100 people click the link, that’s considered a huge success (as far as Twitter CTR). But somehow, within 30 minutes this one had gone ballistic, and everybody was re-tweeting it.

I don’t want to explain exactly why I personally found this concept funny. I probably don’t have to explain it; I think it’s obvious to most people.

But why did this subject seem to strike a chord with just about every designer/developer/agency/programmer on Twitter? I’m curious to hear what others think.