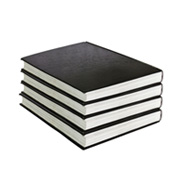 Before I get into the meat of this post, I’ll just provide some context. Last week, Harry Roberts posted a fantastic article discussing his view of bad CSS. In that article, as he’s done before, he disourages the use of IDs as selectors.

In response, Jeffrey Zeldman tried to defend the use of ID selectors. I posted a few comments in response to Jeffrey and another commenter, explaining why I felt their views were wrong.

After a few further exchanges, Zeldman then responded with this, which I’ll quote in part here:

ID for single elements and classes for multiple isn’t an “old-school method.” It’s how the elements are defined in HTML. A correct understanding of HTML is not “old-fashioned.” Nor is it “old-fashioned” to use HTML elements as the W3C intends them to be used.

His concluding words in that comment also are relevant:

My post was in part motivated by a desire to push back against the viral uptake of misinformation.

Of course a love of the power of code minus a respect for (or understanding of) the immense true power of HTML has been the web’s besetting sin since the first table layout. It’s been the norm for much of the web’s history for developers to build cool stuff on a lousy, unstable framework, and dismiss the very notion that HTML semantics matter. For a time, in the 2000s, we were able to change that perception, and, thankfully, a lot of folks in our industry still believe in the value of accessible, semantic markup. I worry about the ones who don’t, but you can’t save everybody.

My further responses have evidently been eaten by his spam filter, so I thought I would summarize in this post that the spec does not support his view.

In the semantics section of Dive Into HTML5, Mark Pilgrim explains:

But what about the W3C? Here’s what the HTML5 spec says about the ID attribute:

An element’s unique identifier can be used for a variety of purposes, most notably as a way to link to specific parts of a document using fragment identifiers, as a way to target an element when scripting, and as a way to style a specific element from CSS.

Identifiers are opaque strings. Particular meanings should not be derived from the value of the id attribute.

The most important part is the last sentence, that meanings should not be derived from the value of the ID attribute, just as Pilgrim explains in his book.

As far as I understand, this is the case whether we’re talking about a screen reader, a search engine spider, or a customary browser. None of these machines get any “semantics” or meaning from an ID attribute.

Are IDs Beneficial to Screen Readers?

Yes, but not in terms of semantics. WebAIM discusses how IDs can improve the accessiblity of tables, and I’m sure most of us are familiar with the concept of matching IDs to <label> elements using the “for” attribute, thus making forms more accessible.

But those benefits have nothing to do with semantics. They are for the purpose of associating certain elements with other elements on the page.

It should be noted here that I’m not an accessibility expert, so if I’ve left anything out, I’m happy to make corrections or additions.

What Does This Have to Do With CSS?

The problem with all of this is that it’s completely beside the point. Even if IDs somehow did make pages more semantic, this would not change the problems that they cause in CSS when they’re used as styling hooks.

The argument against IDs as selectors does not imply that they should not be used in HTML. The argument is about styling hooks, not page semantics or document structure.

ID selectors are too specific and they mess up the cascade if they’re overused. Yes, you could use ID selectors on only a few unique elements, and you probably wouldn’t have too many problems. But why would you need to do that if you can just use a unique class name instead? And if you absolutely must be able to recognize a “unique” selector in your CSS, you can just use a prefix or something, so it’s clear that it’s not a reusable class. So instead of this:

You can do this:

This keeps your CSS clean and on a level playing field, with few or no specificity issues.

What Does the CSS Spec Say About ID Selectors?

Here’s what the CSS3 spec says in the section on ID selectors:

Document languages may contain attributes that are declared to be of type ID. What makes attributes of type ID special is that no two such attributes can have the same value in a conformant document, regardless of the type of the elements that carry them; whatever the document language, an ID typed attribute can be used to uniquely identify its element.

The focus here is on the uniqueness of the element, not on semantics. This uniqueness is beneficial for fragment identifiers and for JavaScript hooks, but it has no benefit semantically.

And naturally, nowhere in any spec (CSS or HTML) does it say that you are required to use IDs as selectors in order to keep your documents semantic.

I really think Zeldman got too caught up in trying to oppose some of these “new wave” views, without thinking things through properly, or doing the necessary research.

I would definitely not respond in this way if he wasn’t as influential as he is. He has nearly 300,000 Twitter followers and who knows how many blog readers. If even 10% of those readers and followers take away from that post that ID attributes or ID selectors can make your documents more semantic, that would be a great disservice to the community.

I won’t lose sleep if people still use IDs as styling hooks. That’s their choice, and they’re entitled to it. But to suggest that our documents are more in line with W3C standards if we use IDs as selectors, or to suggest that our content will be more accessible or semantic if we use IDs in our HTML is not in line with W3C standards.