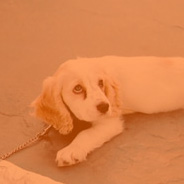 The other day Paul Irish posted an article that collected together responses to a question that he and Yehuda Katz asked their Twitter followers.

One of the wish list items a few people mentioned was “CSS blend modes” with a use case of tinting an image on hover (or tinting it statically, then removing the tint on hover or by some other interaction). My immediate thought was: That should be simple enough, shouldn’t it?

But it’s not so simple. This particular feature request is more along the lines of matching the behaviour of some, or all, the blending modes available in traditional image editors like Photoshop. These might include dissolve, darken, multiply, overlay, and saturation.

In this post, I’ll offer a few solutions for mimicking a CSS image tint or semi-transparent color overlay. Each of these solutions has the drawback of requiring either an extra wrapper element or JavaScript.

The list of things you can accomplish with pseudo-elements seems endless and they help with a pure CSS example of an image tint.

And here’s the CSS:

So what’s happening here? Well, first I have a wrapper element (I’m using the figure element but you could use whatever you want, even list items for multiple images). The <figure> element is positioned relatively to prepare the context for the pseudo-element.

Next I place a pseudo-element inside the wrapper element and position it absolutely. Although it appears “before” the image in the source order, it appears on top of the image due to it being absolutely positioned.

The trick to getting the pseudo-element (which has the tinted background) to fill the whole image is to use a little-known positioning trick. You can actually define the dimensions of an element based on top/bottom/left/right positioning. In this case, I’ve made all values zero, which means they will begin at the four edges of the element. Finally, I’ve added a transition and hover state on the pseudo-element.

As you can see in the demo, the tint appears on each image by default and if you roll over an image the tint goes away.

This next method might appease the semantic purists a little more, but it’s essentially the same as the solution above, except this time the tint happens on hover. The CSS is basically the same, but there is no extra wrapper element in the HTML. Instead, I’m adding the wrapper element around each image with some JavaScript:

The demo also adds classes to the images dynamically using the JavaScript.

Finally, this method is very similar to what I’ve done above. It still requires a wrapper around each image. Either way, the CSS would look like this:

Can You Think of Another Way?

I’m sure I haven’t exhausted all the possibilities for doing this kind of effect. Can you think of another way to do an image tint effect with CSS?