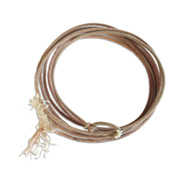 When coding JavaScript, I find myself using the for loop fairly often. Recently, when I coded, then re-coded these drop-down menus, during the re-code I ran my JavaScript/jQuery through JSLint using the option called “The Good Parts”.

I don’t know a whole lot about JSLint, but I figured that would be a pretty good way to ensure the code was efficient, relatively future-proof, and easy to maintain (i.e. it uses best practices).

The info JSLint provided, as well as other stuff I’ve read in the past, got me thinking about the simple JavaScript for loop and how it’s customarily written.

I think it’s safe to say that most beginner to intermediate JavaScript developers will write their for loops like this:

I included an extra line to collect some DOM elements to iterate over, but the loop is really what we’re focused on here. Even though this code will work just fine, how can it be improved? Well, JSLint as well as best practices for high performance JavaScript will assist us to make some small, but important improvements.

That small example of code produces 11 error messages in JSLint using the option “The Good Parts”. One of the things JSLint will often point out is the lack of spacing around your operators. So let’s fix the spacing. Here’s how our code looks after correcting all the spacing issues:

Technically, I didn’t need to put a space after the semicolons, but I did it anyhow to aid readability. In addition to proper spacing around the operators, JSLint also requires a space between the closing parenthesis and the opening curly brace. All these spacing issues are, from what I understand, to help avoid using confusing code that’s prone to accidental errors or code in which errors are hard to spot.

After fixing the spacing issues, we can now focus on another error presented by JSLint: the global variable i. Any variable not defined using the var statement in JavaScript is global in scope. This is bad practice, and it can be easily overlooked inside of such a commonly-used bit of code. So let’s make our variable local using the var keyword. We could do this a couple of ways, but the following method will suffice to make JSLint happy:

Now JSlint only gives us one remaining error. (Well, technically, this code will give two other errors: The document global and the empty block, but that’s not a big deal in this illustrative example).

Don’t Use the Increment Operator

This is something that I was surprised to see. I haven’t yet read Crockford’s book so I don’t know if there’s more to this than what’s explained on the JSLint instructions page, but here’s what it says about the increment (++) operator:

The ++ (increment) and — (decrement) operators have been known to contribute to bad code by encouraging excessive trickiness. They are second only to faulty architecture in enabling to viruses and other security menaces.

My guess is that using an increment operator in a harmless for loop is not going to cause much of a problem for you. But who am I to question? So what is the alternative? Well, the increment operator is just a way of saying “add 1 to my variable”, so let’s make JSLint happy by doing just that:

I really don’t know if this is the best and/or only way to do this, or if this is even necessary in a for loop, but it gives us the same result and JSLint likes it.

Now there are no significant errors in this seemingly harmless bit of code. But there are two more improvements that can be made that JSLint doesn’t warn us of.

Don’t Calculate the Length on Each Iteration

As the code is now, the length of anchors is calculated on each loop iteration. In a large application, and with large values and multiple loops, this can contribute to performance issues. So although in many small instances this might not matter, it is best practice to try to cache values before using them. So we can alter the code to look like this instead:

Now the value gets calculated only once, and is stored in the variable j. I certainly have to thank the commenters in some of my previous JavaScript articles for pointing out this improvement in my loops.

Decrement the Value Instead

Assuming that you don’t care about the order in which the collected elements are looped through, you can evidently improve the performance of your loops by decrementing the value instead of incrementing it. Here’s how the new code will look:

Now the different parts of the loop’s instructions have been reversed and we’ve even eliminated the use of a second variable, since we know that we’re just going down to 0. Of course, you might have a case where decrementing your loop would not work, so this is just something to consider should the situation allow for it. Notice also that I’m subtracting one from the starting value and letting the loop go down to zero, to account for zero-based indexing.

So that’s it, there’s five practical improvements made to a simple for loop, and more importantly, some underlying principles that can help you to write cleaner and more efficient code on a larger scale.

As a side point, there aren’t many examples online or otherwise that will present a for loop using the tips described above, but I think it would be good if most developers adopted these practices if they do indeed contribute to better performance, readability, and maintainability.

I should point out — as I often do when I write about JavaScript — that I don’t consider myself an expert in this area, so if you have any corrections or supplementary information to contribute to this topic, please do so in the comments. And by all means, do the necessary research before you take my word as gold. I’m still learning, and I’m happy to correct any mistaken views.