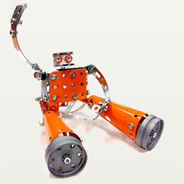 Over the winter and spring I’ve been pretty busy researching and putting the final touches on four chapters of a new book published by SitePoint.

The book is called HTML5 & CSS3 for the Real World and was officially launched on SitePoint this morning (North American time).

Two other authors took part in this exciting new project: Estelle Weyl — who probably doesn’t need much of an introduction if you’re familiar with many conference speakers in the web standards world — and Alexis Goldstein, a well-rounded programmer from Brooklyn.

The book was reviewed and edited by the talented Russ Weakley and the awesome SitePoint staff, particularly Louis Simoneau.

The chapters I wrote for the book are:

Estelle covered the chapters on CSS3 and Alexis did the ones on the various APIs that have come to be associated with HTML5.

SitePoint’s tech editor Louis Simoneau contributed quite a bit of good info to most chapters, helping make it a very complete and accurate project.

And Paul Irish generously wrote a foreword for the book, and it is a must-read. Fantastic stuff, and great of Paul to take time out of his busy schedule to do that.

What’s So Special About This Book?

A few things separate this book from the other HTML5 and CSS3 books that have been released so far.

First of all, this one covers both HTML5 and CSS3, which is pretty unique at this stage. Second, it covers quite a bit of ground across the various APIs (Geolocation, Drag-and-Drop, Canvas, Web Storage, etc.) that not many books do. We also cover SVG, feature detection with Modernizr, and we introduce WAI-ARIA and Microdata in the appendices.

I also think we cover some impelling reasons why it’s safe and highly recommended to start using HTML5 and CSS3 today, and we explain in detail why using these new technologies is not going to “break the web”. We also offer some good advice on fall-backs, polyfills, and browser support.

Not Just for Beginners

So check out the launch page and the full table of contents to see if the book might be a good fit for you.

Okay, my obligatory self-promotion is over. :)