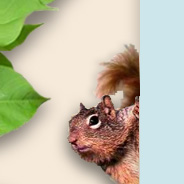 I often come across instances of animations and other effects that look like perfect candidates to be switched to equivalent CSS3-based solution. I recently came across a website called 84Colors, which belongs to a freelance designer named Cristiana Bardeanu.

On that site, you’ll notice there are a number of subtle animations that integrate nicely with her overall brand and design.

Her animations are done using Flash. I thought it would be fun to grab some of those elements and create a CSS3-based page that mimicked what those Flash-based objects do.

Now, before anyone claims that I’m ripping off her graphics and insulting her development skills, please know that I contacted Cristiana via email and she was more than happy with the idea, and gave me permission to do this. The fact is, I love her site’s design — which she says is about three years old. And as you can see from her portfolio, she’s quite talented, so be sure to check that out for some inspiration.

The demo page is pretty simple. I didn’t rip out her entire web page, I just used Photoshop to hack up some of the animated elements and give them some new drop shadows and exported them as individual transparent PNGs. Then I just started writing the CSS3 animation code to get a similar effect to what she’s doing on 84colors.

I didn’t spend hours trying to replicate her animations down to the last pixel; that’s not the point of this experiment. The point of this is to show how easy it is to use CSS3 animations for simpler effects that can easily degrade gracefully in non-supporting browsers.

In fact, some of my animations are slightly exaggerated in comparison to hers, just to make them a little more visible.

Animating the Leaves and the Flower

The code for each of the leaf elements and the flower is pretty much the same, with some small variations. I won’t print all the code here, just one example, with some explanations.

(Note: The code shown here uses the standard syntax, for brevity. So it may not work in all browsers as is.)

The “deco” class is applied to all the animated elements. They are all absolutely positioned so this saves some code using OOCSS principles.

the leaf-1 element infinitely animates and alternates the animation (meaning it goes forwards, then backwards, then forwards again, and so on). The animation itself is a rotation combined with a slight translation (similar to regular CSS positioning). The reason I’m using translate instead of position is because evidently translate has better performance.

So that’s the first leaf waving in the wind. There are six other separate leaf images, plus a flower, on the demo page that have very similar code.

The squirrel is divided into three parts: The head, the tail, and a blinking eyelid. Here’s the code for the main part of the squirrel:

The squirrel is given a z-index setting to make sure he’s below the box that he peeks out from behind. In this case, the animation (unlike the leaves) is not repeating infinitely; instead it’s set to “normal” with an iteration-count of “1”, so that it doesn’t repeat.

I’ve also set the animation-fill-mode to “forwards”, so that the squirrel stays where he is, and I’ve delayed his entrance by two seconds.

Now here’s the code for the tail:

the z-index positions the tail behind the main part of the squirrel and the tail has two separate animations occurring. One of the animations is called “tailrotate” and the other is “tailslide”.

The “tailslide” animation slides the tail in along with the rest of the squirrel. The “tailrotate” gives it a subtle rotation, to give it some natural tail-wagging movement, similar to what’s being done with the leaves and the flower.

The “tailrotate” animation is delayed by 2.5 seconds, to allow for the entrance to occur first. The tail’s entrance is obviously not infinitely looped, whereas the “wagging” is. Also, the “tailslide” has the “forwards” value to ensure it stays where it is, just like the rest of the squirrel.

Finally, I had to use positioning for the slide-in. This is because I couldn’t figure out an easy way to have multiple animations on the same element that use two different transforms. Remember that multiple transforms on one object are space separated using a single property declaration. If I use transform for the tail slide, then the rotation will not take effect, because the slide transform nullifies the rotation.

You’ll also notice that the squirrel’s eye blinks every few seconds. The code for the eyelid looks like this:

The eyelid is placed inside of an eyelid “holder”. It’s stacked above the squirrel using z-index, so it appears on top. The holder has its overflow set to “hidden”. The eyelid itself is moved so that it’s outside the holder’s boundaries (and thus is hidden), then it animates infinitely.

You’ll notice in this case that the animation has more than just two keyframes. The 79% keyframe is used to maintain the initial hidden state of the eyelid up to that point. Then at 80% the eyelid becomes visible, and finally hides again at 90%. I probably could have avoided having the 90% state the same as the “to” state by adjusting the duration of the animation, but this does the job just the same.

What About Non-Supporting Browsers?

Browser support for keyframe animations is limited to Chrome, Safari, and Firefox 5+. The demo page includes code for both WebKit and Mozilla, along with the standard syntax for future proofing. Thanks to Divya, the Firefox issue is fixed.

The elements that are animated in this example are purely decorative. So because the animations are quite subtle, you have a few different options for non-supporting browsers.

You could use Modernizr to detect keyframe animation support, then use the classes that Modernizr creates to position the elements to be fully visible and static when animation is not available. You could also fall back to a jQuery-based animation.

In my example, I’m fixing the squirrel’s position with Modernizr’s CSS hook, like this:

The eyelid holder is hidden to ensure that the squirrel doesn’t look like he’s snoozing in non-supporting browsers.

You also have the option to create all these animated elements in your HTML using JavaScript. You’ll notice that each of them is placed on the page using a simple <img> tag. By injecting them into the DOM using JavaScript, you ensure that they don’t form part of the original accessible markup, thus keeping the markup clean.

In any case, less-capable user agents will see an acceptable version of the page, so there won’t be anything that’s mangled or incomplete.

While Flash will continue to be used for many complex animations, I think this type of thing is a perfect candidate for CSS3 keyframe animations.

So thanks to Cristiana of 84Colors for being a good sport and permitting me to use her website as a case study.