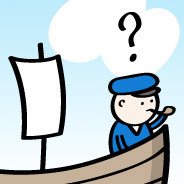 Whether we like it or not, ads on the web (in some form) aren’t going anywhere. And because of the responsive web design movement, more and more discussions are taking place surrounding how to handle ads (especially large ones) at certain breakpoints.

In addition, some developers have suggested new methods for creating ads using HTML and CSS, instead of images. Some have even incorporated animation with CSS3.

For my own future reference and for anyone else interested, below I’ve put together a bunch of links relevant to this topic. If you have any others, please comment.

Some of the links are about creating Flash-like ads with HTML5 and CSS3, which I think is relevant to the responsive ads discussion.

Credit: This list was inspired by Issue #12 of Responsive Design Weekly, and I’ve been adding to it ever since.

Got any more links? Comment below and I’ll add them if they’re appropriate.