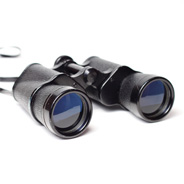 The topic of scoped CSS styles in HTML5 came up twice in the comments of a recent post by Chris Coyier.

The post itself was discussing the contenteditable attribute, but a few users brought up HTML5’s new scoped attribute, used on the <style> element.

Let’s take a brief look at this future HTML5 feature and see how it might be useful in the ever-changing web development landscape.

This is not a complicated new feature in HTML5. Here’s the definition from WHATWG:

The scoped attribute is a boolean attribute. If set, it indicates that the styles are intended just for the subtree rooted at the style element’s parent element, as opposed to the whole Document.

So if you put a <style> element anywhere in the document and add the scoped attribute, the styles contained inside that <style> element will only apply to that part of the document. Here’s an example, with some surrounding content so you can theoretically (more on that in a minute) see the effects:

The example HTML above would naturally exist inside of a regular HTML5 page with a <head>, <body>, etc. The styles declared in the customary way (in the document’s <head>) would apply to the entire document (as usual). But the styles in the <style> element inside the second <article> element would apply to that article only.

So the second article would get a hot pink heading with a hot pink border, but the others would get whatever styles had been applied in the document stylesheet. Of course, as would be the case with any sets of styles, customary cascade and specificity rules I assume would apply.

How Would This Be Useful?

Scoped styles have one pretty obvious use: They allow you to syndicate content that carries style information with it. This would work for anything from a syndicated article to an entire Ajax-based widget. When the receiving page, site, or web app receives the chunk of content that contains the scoped styles, the styles will go with it and will give the ported content the same look and branding that it has everywhere else. This makes it easy for third-party services to pull sections of content into a new location without having to worry about styling it.

Of course, the branding and colors may not match that of the receiving site, so that would be a potential drawback. I suppose if the content was styled with neutral grays, then it would be much easier to port.

Yeah, this is one of those things that makes us sigh in this industry. The scoped attribute doesn’t work in any browser (it won’t even validate in HTML5), but it seems to be on the horizon for Gecko and WebKit browsers.

So you can’t use it yet. In fact, it’s not really possible to use it until there’s very strong support cross-browser, because it’s not backwards compatible. That is, a non-supporting browser will apply the styles to all elements on the page, regardless of the existence of the scoped attribute. This would obviously be counterproductive.

This kind of makes me wonder why they didn’t just add a new kind of style element to the HTML5 spec that is only recognized by supporting browsers and ignored by others. Maybe an element called <scopedstyle> or something, instead of the scoped attribute. That would seem to be more in line with HTML’s design principles.

A jQuery Plugin as a Polyfill

Scottish web developer Simon Madine has coded a jQuery plugin that enables scoped styles in all browsers except IE6. Thanks to the great collection of HTML5 Polyfills on GitHub that alerted me to this option.

I haven’t examined Simon’s code, but from his explanation on the original blog post it sounds like there’s quite a bit going on behind the scenes, so it might be a slight performance hit to include this. But I guess it’s better than nothing.

What Do You Think?

Are scoped styles part of HTML5’s future? Or is it likely this feature will go unnoticed for a long time due to lack of support and lack of graceful degradation?