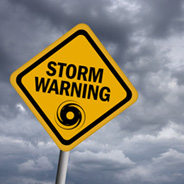 The improvements that have been added to HTML5 and how markup is evolving are great for the future of the web.

But I can’t help but feel frustrated that while we’ve come so far in certain areas, that we’re still a long way from being where we really want to be. One of those problematic areas is HTML5 video.

Why it’s taken so long to have a universal way to embed video natively in the browser without the need for a third-party plugin is beyond me. But it’s very difficult to get excited about something that is realistically not very practical or real-world ready.

I’m going to discuss here why I think HTML5 video is a great concept in principle, but a complete disaster in most practical usage.

In a web developer’s ideal world, the syntax for embedding video using HTML5 would look something like this:

One, easy-to-code, easy-to-maintain, chunk of code is the dream. But, as is often the case, that is not the reality. While there are projects like WebM and the new HTML5-video syntax that give us a glimpse into the future of web video, this is something that, unless you’re developing applications for a niche audience, is extremely far off.

To help developers make the transition from Flash video to HTML5 video, a number of developers have started promoting code that works for “everybody”, most notably the Video for Everybody! project.

Video using HTML5 that works for “everybody” is possible because of how HTML5 is being designed. This is great, and realistically, there is no better way to gradually move to HTML5-based video.

Here’s the code offered by the Video for Everybody! project:

Even if we were to put aside the many codec issues associated with HTML5 video, the code needed (even in a best-case scenario) is not pretty. Not only that, but if you decide to make changes to any single video, the video needs to be re-encoded into two different formats (.MP4, .OGV) all over again. And if you’re using straight HTML to embed the code, the file name needs to be included in four or more places in the code.

(UPDATE: Originally I had said that three different files had to be re-encoded. This was not correct; the MP4 file is supported by Flash so it serves a dual purpose. I haven’t used Flash in so long that I just didn’t realize that the SWF file being referenced is just the Flash player.)

Fortunately, a good piece of code can utilize some form of back-end technology to make the file name problem easier to deal with and maintain. So, in PHP you could have something like this:

Now, instead of repeating the file name throughout, we use a variable and just append the file extension. I suppose you could also create a function similar to what I did here for CSS3 that would automatically include the extensions by means of passed arguments.

Putting aside my use of PHP short tags which evidently are not good practice, the use of a variable certainly makes things easier.

For How Long Will We Need This Horrible Code?

Although we’ve been encouraged to drop code forking and other unmaintainable coding solutions, when it comes to HTML5 video we’re back to square one, using bloated, unmaintainable code for which there is no guarantee that what we use today will work five years from now.

Even if we were to assume that one of the currently-supported video codecs will eventually become the universal standard, what’s the minimum time we have to wait before we can drop the extra Flash code and create pure HTML5 video that everyone can see and everyone can easily create and/or maintain? Due to the number of users still on older versions of IE, it will be a few years still — and more than likely at least five. That’s not a very encouraging prospect.

Nonetheless, having HTML5 video is certainly better than not having it (that’s about the only positive thing I can really say about HTML5 video!).

Okay, rant over. How do you feel about the state of HTML5 video? Can you honestly see yourself using it in any context that’s not targeting a niche audience?