Recently, Web Designer contacted me to do a feature piece covering CSS3 techniques. The focus of the piece is CSS effects that, prior to CSS3, required the use of images or scripts. The feature (called “Master CSS Effects”) was planned to have 30 CSS techniques, and I was responsible for covering 20 of them. I don’t know what the final count includes, as I haven’t yet seen the issue, but the magazines’s staff were responsible for any remaining tips. They also wrote the intro and conclusion. 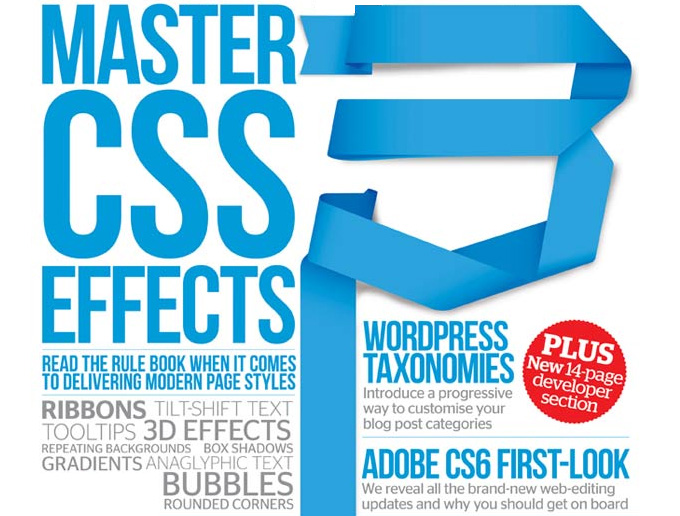 The feature includes techniques for CSS Ribbons, tilt-shift text, CSS tooltips, anaglyphic text, and lots more, with some that are more run-of-the mill like multiple backgrounds and rounded corners.

This is officially my first foray into writing for a print magazine. It was fun and pretty much the same as writing stuff online, and I would definitely do it again. Check out the description of the article at the link below or by clicking the image above.