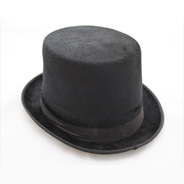 As you might already know, CSS transitions and animations allow you to animate a specific set of CSS properties. One of the properties that cannot be animated is the display property.

It would be great if you could do it, but it’s not currently possible and I’m guessing it never will be (e.g. how would you animate to “display: table”?). But there are ways to work around it, and I’ll present one way here.

Why the Need to Animate “display”?

The need to animate the display property comes from wanting to solve the following problem:

For this reason, animating opacity to zero is simply not enough because an element with zero opacity still occupies the same space on the page.

Let’s look at how you might attempt to solve this problem, step by step.

Use Opacity and Display

Notice I have display: none and opacity: 0 on my “hidden” class. If you toggle this “hidden” class using JavaScript, you might have code that looks like this:

But if you do that, you will not see the transition (defined in the .box declaration block) take effect. Instead you’ll see this :

See the Pen
Trying to Mimic Animating to display:none by Louis Lazaris (@impressivewebs)
on CodePen.

Click the ‘toggle visibility’ button repeatedly and you’ll see the box disappear and appear suddenly, with no transition.

To fix this, you might try to separate the display property from opacity in your CSS:

Then you could toggle both classes:

But this won’t work, as shown in the demo below:

See the Pen
Trying to Animate to display:none (Part 2) by Louis Lazaris (@impressivewebs)
on CodePen.

What we want is for the element to disappear visually, then be removed from the page after it finishes disappearing visually, in a manner similar to a callback function.

(As a side point here, even if you combined opacity: 0 with visibility: hidden, it would animate just fine but the element would still occupy space on the page after it disappears, so that won’t work either.)

Why Doesn’t This Work?

Before getting to my solution, I’ll just explain why you can’t do this by just changing the classes one after the other. First, if you’re adding classes like in the examples above, even if the transition worked, you’d have to set up a separate section for removing the classes and reverse how that’s done (i.e. if the box starts out hidden you have to first set it to display: block, then change the opacity).

But that’s beside the point, because it doesn’t work anyhow. JavaScript executes one line after the other, but it doesn’t wait for all things associated with one line to be finished before executing the next line. (In other words, if you execute an animation or other asynchronous event on line 1, line 2 will proceed even if the animation isn’t done).

What’s happening is that the ‘opacity’ is attempting to animate immediately, and even if for a fraction of a millisecond it does start to animate, you won’t see it because the display: none part will take effect just as quickly.

We can sum up the problem we want to solve as follows:

There are probably other ways to do this, and I’d be glad to hear how you’d solve this problem. But here is my solution.

The CSS is the same (with the two ‘hidden’ classes still separated), but the JavaScript will look like this:

And here it is in action:

See the Pen
Animating from display:none to display:block by Louis Lazaris (@impressivewebs)
on CodePen.

Here’s a summary of what the code does when the box is visible:

Because you can’t detect a transitionend event on the display property, you have to use a different method for when the box is invisible:

The delay is very small (20 milliseconds), but because display: block occurs instantly, you don’t need much of a delay at all, just enough to allow the element to take its full place on the page before animating the opacity. You might have to mess around with the timing in some cases, possibly going down to as little as a single millisecond.

How Would You Do It?

As mentioned, there are probably other ways to do this, or maybe there’s some improvement that could be made to my code.

Personally, I feel the use of setTimeout is a bit lame and hacky. But hey, it works, and I don’t think it’s going to cause any problems unless you had tons of similar animations on the page. But that would be another issue altogether.

There are a few possible solutions to this on StackOverflow, but I find most, if not all, of the proposed solutions don’t really solve the problem at hand.